Pie in the sky

There are different techniques for collecting road charges. Most drivers are familiar with traditional toll booths where they hand over cash before being allowed past a barrier.

The more modern version relies on each user’s vehicle having a card with an embedded micro-chip carrying details which can be read from a gantry, enabling operators to charge the motorist. This is known as the “tag and beacon” system.

However, the hugely ambitious nature of comprehensive road charging, envisaged by both Darling and Alexander ruled out using tried and tested systems. To have multiple toll booths or gantries on every road would, quite obviously, be impractical and massively expensive. Satellite positioning would have to be used.

Germany already charges 12-ton plus lorries using GPS, but only on the Autobahn network.  In 2004 a US-EU agreement on the use of satellite navigation systems made using GPS as the basis of any new road charging scheme more difficult.  It was also believed that Galileo would deliver more accurate data.

Gordon Brown’s Treasury authorised the expenditure on the EU’s rival Galileo programme, which the EU Commission confidently announced would be ready by 2008 – comfortably in advance of the scheduled 2015 start for road charging in Britain. What Brown should have foreseen, however – before pumping hundreds of millions of hard-earned taxpayers’ money into the system – was that the EU’s plans were fatally flawed.

The research phase was paid by European taxpayers but to get Galileo operational, the EU planned to use private finance.  Private companies were to use their own money to build and launch the 30 satellites that would be needed, plus all the ground stations, and then run the system.

It was the use of private finance which required the EU to charge for use of the satellite signals, in the hope that a multi-billion euro market could be developed to give a return to the private investors – all on the basis of the system offering greater accuracy than the American GPS.

Hamstrung by the bureaucracy for which the EU is famed, though, the timetable immediately started slipping, while costs spiralled. Then, the US announced that it was to upgrade its own system, matching the potential accuracy of Galileo.

To add to the woes, the Russians also announced an upgrade to their Glonass system. Next, the Chinese pitched in with their own proposal for a system, Beidou.  Both would be free of charge to the end user.

Of four potential systems, three would be free, while only the EU proposed to charge its users. Any rationale for the original commercial model – slender at best – had evaporated. The commercial syndicate set up by the EU to develop the system pulled out, one despairing executive remarking, “Why sell Pepsi-Cola when you can get Coca-Cola free?”

As it now stands, only a single test satellite has been launched. None of the 30 main satellites has yet been built and even the second test satellite, due for launch six months ago, was grounded because of incurable electrical “short circuiting”. 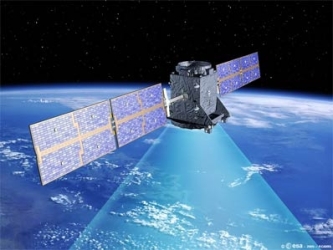 A highly optimistic date for completion of the system is now 2012, which no one believes, and then only if Mr Jaques Barrot, the EU’s Transport Commissioner can convince the UK and other participating states to part with several billion euros needed to launch the satellites, and sign a blank cheque to underwrite their ongoing running costs.

Thus, all Gordon has to show for his estimated £500 million spend is a lonely test satellite orbiting in space.

Tomorrow, we come down to Earth, and find that things are no better there.

STOP PRESS: I am genuinely sorry that Graham Brady has resigned.  We were both first elected in 1997.  I know him well; he is much liked and respected.  In the course of time I hope that he will return to the front bench.  In the meantime I wish Mark Francois the very best of luck as Shadow Europe Minister.  As the Galileo fiasco shows, there is plenty to get stuck into.